Those of the engineer class in Starmourn are tinkerers and creators, and they use their creations to great, and deadly, effect. 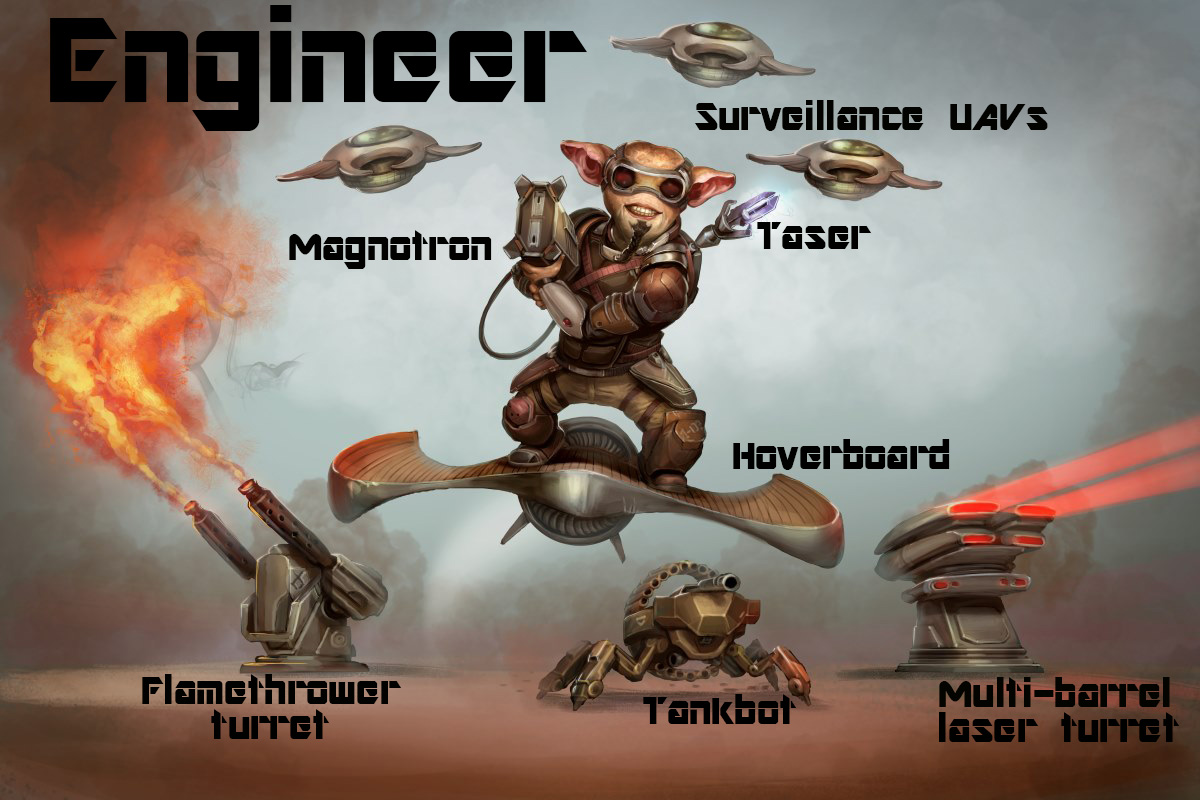 What can an Engineer do?

Engineers are primarily known for the wide range of items they employ, from stationary turrets to mobile drones, from magnotrons to hoverboards. Their three skills are:

Gadgets - This is all about just what it says: various kinds of gadgets. Here you'll find abilities around hoverboard use, magnotrons, shrink-rays, tazers, wormhole generators, and much more!

Turrets - With this, engineers establish networks of turrets (that other engineers can splice into) that must be powered with a QPC - quantum power cell. Engineers can install turrets with multiple types of barrels, from laser to flamethrower to strobe and more. The turrets can also be modded for a wide variety of combat applications. Finally, the engineer can even transfer control of a specific turret network to someone else, engineer or not! Everybody remembers the first time they got a face full of shrapnel from a shardflinger! (Because it hurts so much. Ouch.)

Bots - An engineer can deploy multiple bots ranging from scouting drones to tankbots to burrowbots and more. These bots don't just do damage - they can do things like push a table over on someone taking cover behind it, or to spy on a particular room. These bots can also be sent on multi-room patrol paths set up by the engineer that the bots will move through on repeat, allowing the engineer to project power beyond her location. The trusty carrybot in particular will help you move your turret from room to room.

When an engineer needs to make anything, they use their class resource, parts, whether they're 3D printed from a workstation, airdropped by their drone, or salvaged from existing gadgets.